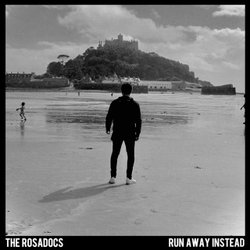 Single Review: The Rosadocs - Run Away Instead

Sheffield-based band, The Rosadocs, have just released their latest single 'Run Away Instead'. Lead vocalist and lyricist of the band, Keelan Graney, announced that the single is part of their 'staggered EP', Two Wrongs Make A Riot. The much-anticipated EP will include brand new tracks 'Settle Down', 'Where You're Supposed To Be' and 'These People', as well as their second latest single 'Say Something'. Graney said the plan is to 'create a separate project for each song, so you'll be seeing a lot of us this year!'.

If 'Run Away Instead' is a reflection of what's to come, we're in for a treat. The alt-indie/rock song, in Graney's view, is 'about rebelling, about having enough of society and life in general. Like the last straw'. And, this message hits powerfully through the anthemic, arena-filling chorus and efficacious guitar-driven melody. Graney's gruff yet charming vocals float effortlessly over Joe Egan's guitar riffs, Adam Sleight's rhythmic bass and Callum Raynor's dynamic drum beats.

Around two minutes in, we experience the sheer merit and musical prowess of 'Run Away Instead'. The build is gradual, yet subtly intoxicating. It hits at just the right moment, emphasising the brilliance of the song, and compelling you to listen to it on repeat.