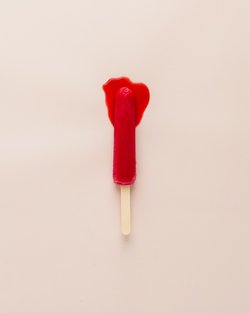 Period Leave: Snuffing the Stigma or a Regressive Mistake?

There is an ongoing debate about whether or not the UK should adopt a period leave policy. It is a "corporate practice of awarding paid leave to female employees during their period, in addition to standard sickness leave" [1]. Zambia, Japan and South Korea are just a few of the countries who have opted in, with Japan making it law since 1947. The policy, however, is yet to settle as a standard practice in the West. It seems ideal and quite fair. So why is there such a divide?

For starters, the countries that do implement it aren't necessarily doing it for the right reasons. Leading menstrual health researcher, Sally King, says that "every country that currently implements menstrual leave performs badly in international gender equality rankings" [1]. King goes on to express that menstrual leave only makes sense "in a sweatshop or otherwise exploitative situations, where there is no sick leave, or even toilet or rest breaks"[1]. King states that period leave is therefore preferable to "bleeding through clothing, or not being able to access a toilet when urgent" [1]; the unfortunate reality for many of the countries who have implemented period leave.

Here in the UK, sick leave is widely accessible and standard practice. So, it is commonly believed that contracted sick-days could be used instead of period leave. However, if a menstruator took around 2 days off every month, it would equate to 24 sick days each year. According to the Office of National Statistics, "the average number of sick days per year is 4.4" [2]. If those who menstruate were to take six times more sick days than the national average, they would be judged harshly by their superiors and colleagues. Do bear in mind, this is without factoring in typical illness like the cold or flu. And, they will likely have around 28 days holiday available, too. That's a lot of days off of work per year. This knowledge will likely make those who menstruate less desirable when hiring for a new role.

Of course, not everyone will need to take two days off every single month. There is no 'normal period'. All periods are different, all women are different, and all pain thresholds are different. Whilst some may not suffer at all from their menstruation, others will be in crippling pain. Many women suffer from:

Endometriosis: "a condition where tissue similar to the lining of the womb starts to grow in other places, such as the ovaries and fallopian tubes"[3]. Menorrhagia: "menstrual periods with abnormally heavy or prolonged bleeding. With menorrhagia, you can't maintain your usual activities when you have your period because you have so much blood loss and cramping."[4]. Dysmenorrhea: "severe and frequent menstrual cramps and pain. Symptoms may include cramping or pain in the lower abdomen, low back pain, pain spreading down the legs, nausea, vomiting, diarrhoea, fatigue, weakness, fainting, or headaches" [5]. Some also experience dehydration and prostaglandin sensitivity. The severity that some experience is no joke; a relentless period is a medical issue in its own right. It's about time we treat it as such. Sadly, more often than not it is uncomfortable to discuss periods with others, let alone request a day off work because of it. Periods almost feel like an unworthy 'excuse'. But "a standard biological process should never be shameful" [6].

It is worth noting that only about 10% of menstruators experience pain that "is so bad that they're unable to carry out their usual daily activities on one to three days every month" [7]. But, what would stop the other 90% from abusing the system? Nothing. Lisa Bowmen, for Metro News, writes "does my stomach ache affect my work? Sometimes. Does it warrant a day at home? No. So, would folks like myself play the system? Definitely" [8]. However, if you are in an open and communicative work environment, it is unlikely that you would take advantage of the system. Respect your employees and their needs, and they’ll respect you straight back.

As a blanket concept, period leave to me feels fair. Yes, only a small percentage suffer regularly. But, on the off month, it can be agonising for others too. Trust that your employees will be honest about how necessary it is for them to take their period leave.

On average, female employees take more time off work than male employees. Perhaps it is time we consider why that is. Menstruation, menopause and childbirth are common reasons women take time off. Reasons men don't have. Whilst it is arguable that the option of period leave will make employers less likely to hire those who menstruate, that doesn't make it right. Menstruation should not be a reason not to employ someone. Founder and CEO of Sarka London, Jules McKeen, states that "everyone [she works] with is measured on output, not hours sitting in a chair. A day off with a period, a migraine or caring for a child should not cripple a business. If it does, the fault is with the business" [1].

Another solution could be short-term sick leave; between 30 minutes and two hours. Sally King argues that this would be fabulous not just for women, but for anyone who suffers from a chronic health issue or even exhaustion. King says "Many employers already do this because such practices have been shown to improve employee retention and performance, and to reduce absences, too" [1].

Many feel that putting period leave in law could be counterproductive on the equality front. It would feel like we were giving menstruators a 'weakness'. And, with the progress with the age-old fight that men and women are equals, it would feel like a step backwards. The real issue here is the stigma around periods, and the anguish they can inflict. As Rose George writes for The Guardian, "whether menstrual leave is the answer is unclear, but at least it puts periods and period pain on the political agenda" [9]. Hopefully, the discussion itself will lead to snuffing the stigma surrounding periods.