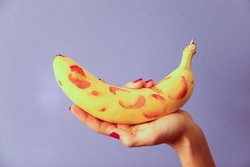 What’s Your Problem, My Womanhood or My Wages?

MensHealth Magazine branded sex-related content as 'explicit, parent-shaming, [and] life-ruining'. Despite being somewhat ruthless, it's true. That's how society views sex workers. In fact, this article’s consistent use of the term 'sex workers' instead of 'prostitutes', 'hookers', or 'sluts' will probably start to annoy you soon. The alternatives are familiar, but hugely derogatory terms frequently used within the media. Yet, somehow, we’re more comfortable calling someone a 'whore' than accepting their professional title.

Sociologist Julia O'Connell Davidson conducted a study for her book 'Prostitution, Power and Freedom'. She quotes an anonymous source who states:

'When there is violence, it is mostly the prostitute's fault. See, I am going to buy something. If I am satisfied with what I am buying, then why should I be violent? I will be violent when I am cheated, when I am offered a substandard service.'
In this view, if you were to employ a sex worker and were dissatisfied with your service, you would have the right to get aggressive. It wouldn't be wrong; it would be just.

It is a known fact that every transaction demands customer satisfaction. Nevertheless, have you ever attacked a cashier for selling you a jumper with a loose thread? Understandably, not everyone is going to be satisfied with every single product or service they have had throughout their lives. Regardless, violence should not be the answer, and it is the minority of sex workers who are physically hurt by an unhappy client.

In some regard, the mere fact that people agree with the quote mentioned above is a significant enough risk for us to deem the sex industry as hazardous for those involved. But that is not our call to make. And if anything, society must educate people to view sex workers as professionals and not as a piece of meat.

Political activist Julie Bindel argues that 'if prostitution is "sex work", then by its own logic, rape is merely theft.' By this rationale, if you were a pro-boxer, you wouldn't get prosecuted for punching someone in the face at the pub. It is a highly naive, warped standpoint to take. Not mention, it perilously belittles the severity of rape for anyone - not just sex workers.

A sex worker under the pseudonym 'Juliet' states that 'the problem is coercion, drug dependency, lack of choices, not prostitution itself'. Society's severe scarcity of consequence for those who are perverse and violent towards sex workers is alarming. If anything, our stigmatisation of the sex industry and our 'boys will be boys' attitude is more dangerous than the job itself.

Contrary to popular belief, sex work is work. It's a real job, and quite a well-paid one too with the average hourly rate being £120. A sex worker who works four hours a day, five days a week, could earn around £124K per year. Not too shabby.

Julie Bindel wonders 'if prostitution is "work", will states create training programmes for girls to perform the "best oral sex" for sex buyers?'. First and foremost, around 20% of sex workers are men. Still, we refuse to associate them with the sex industry.

Secondly, sex workers do not attend a training boot-camp to prepare themselves for the jobs at hand. The stigma associated with the sex industry is something that will never entirely disappear. In society's view, it is undeniably outrageous for a young girl or boy to aspire to be a sex worker. Instead, the sex industry is a dirty, crude enterprise that only uneducated, desperate people dare to enter.

However, sex worker 'Juliet' argues that 'prostitution is having sex for money, and neither having sex nor getting paid is inherently degrading, abusive, exploitative, or harmful.' Our view of the sex industry entirely derived from the misconstrued connotations of the most commonly used words like 'whore' or 'slut'. And, regrettably, these views and stigmatisations are eternally inevitable.

Whether it comes down to the words we use or the type of pornography we choose to access, the simple fact is we will never fully accept sex work as work. We will always expect the sex industry to be easily accessible and free. But it will forever be viewed as obscene and inappropriate to enter the sex industry.

No matter how much society shifts and adapts to more modern behaviours, we are under the erroneous belief that we have ownership of the female body. And, because of that barbaric expectation, sex workers will perpetually be desired, degraded and demonised.